The Replacement – and the case for mandatory paternity leave.

I caught up on new BBC Drama The Replacement at the weekend, a show about what happens when you’re a successful career woman who goes off on maternity leave, to be replaced by a super smart , wildly enthusiastic and, possibly slightly psychotic, newcomer.

After I had finished drooling over Morven Christie’s wardrobe, and drowning in envy at the fabulous houses I started thinking about maternity leave, and the general inconvenient truth of  babies.

Morven Christie, in her lovely clothes, on her lovely street, as Ellen in The Replacement, BBC1.

In the show Christie’s character discovers she’s pregnant just as she wins a contract to design a fancy new library. She’s an architect at the top of her game, and this is her moment. But, alas, she is also a woman in her thirties and becomes pregnant just after she has won the contract. Damn it. She can’t have her cake and eat it, after all.

She’s thrilled to be pregnant, but very quickly doubt and envy sets in as she begins to relinquish control of her project to her replacement, Vicky McClure. From here on in the show, despite being gloriously entertaining, loses its grip on reality somewhat, but the initial questions it throws up are interesting, and perpetual.

It’s inevitable to feel slightly uncomfortable at the thought of someone coming in to do your job when you go on maternity leave, even for us mere mortals who aren’t designer-clothes wearing architects in glass fronted offices. I remember interviews taking place for my last maternity cover and one of the interview panel afterwards saying to me, ” You’d better look out there Beth, there were some excellent candidates.” Horribly unprofessional and massively inappropriate. But I’m not one to hold a grudge.

The immutable conflict of the ‘having it all’ myth and the realities of biology are somewhat crudely but not unrealistically reflected in the show. Our heroine returns to work when the baby is only a few weeks old, only to have her client walk in on her breastfeeding.

I’ve written before about the tyranny of breastfeeding and how there’s a fairly robust argument to be made for maternity leave, in fact motherhood in general, being restrictive for women, mostly professionally, but also often personally. What’s the answer?

We’re not going to see a real end to gender inequality, particularly in the workplace, for many women until parenting is a responsibility wholly shared. And I don’t mean in a half-hearted ‘ sure,  isn’t he great he changes nappies‘ kind of way. I mean wholly.

Paternity leave is becoming available to more and more men, but anecdata would suggest that it’s often taken at a time which suits the father, rather than the child or the mother. Often it’s not taken at all.

Paternity leave needs to be taken early to encourage the kind of bonding that has traditionally taken place between mother and child, and , I would argue, that at least some of it should happen when the mother is elsewhere – wherever that might be. Too often the mother becomes the ‘default’ parent due to her constant availability, and the dependence formed early can be hard to shake. It’s the fact that mothers are, mostly, the ones who are always there in the formative stages that creates the dependency, not the fact that they are women and therefore natural carers. Parenting was as much anathema to me as it was to my husband the first time around (if not also the second).

At the moment, paternity leave is still a novelty in many countries and the lack of uptake can make it difficult for those who do want to take their maximum allowance. Some countries have made paternity leave mandatory, and it’s when this happens, and the stigma around it dissolves, that real change can start to take place.

Paternity leave should not be seen as remarkable, or a novelty, or a holiday. It needs to be normalised, so that men taking time off to care for a sick child, or to leave early for school pick ups is also normal. So that childcare becomes an issue for families, and not a woman’s issue.

Then we can start to see real change, and maybe even a BBC drama about the perils of becoming a first time father and the impact on your career, and sanity.

← Femininity vs Feminism ﻿(and when hair has a gender).
Understanding Autism – Is it possible? →

Auditioning for All Saints , twenty years too late.
Not easy getting out of bed this morning, but 100% worth it. 10/10 today, despite the wind being pretty strong still. Most commonly heard phrase this morning “ it’s nicer in , than out.” #fortyfoot #outdoorswimming #seaswimmingireland #thestoics
New Year 2020. Pretty nice, I’d say.
My first ever Christmas Day swim , so think it’s actually compulsory for me to post this pic here ?
Swim spam - I’ll stop soon I promise ( maybe). Not gonna lie it was bloody cold this morning, thanks to an icy wind. Big difference from yesterday. Photo thanks to Rachel. #thestoics #seaswimmingireland #deeswimber #outdoorswimmingsociety
Week 8 : Who knew swimming in the Irish Sea on the 22nd of December would be so joyful. Hoping to get in lots more swims over the holidays. Lovely bright morning down in Seapoint today.
My top reads of the year. I think.
The sky is still beautiful , though.
Week 7 : Anatomy of a December swim. Windy. Apprehensive. Refreshed. Smug. It was a bit windy. But the water was calm enough, and I didn’t venture far from the steps. Definitely tricky getting dressed when your fingers are numb and your clothes are getting blown away. #thestoics #deeswimber #outdoorswimming

Auditioning for All Saints , twenty years too late. 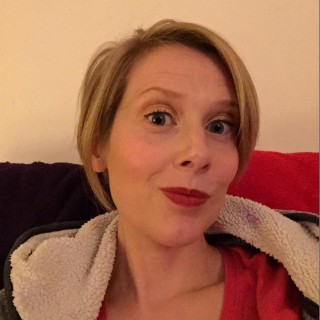